Walking Holidays in the UK with luggage transfer are a wonderful way to ‘walk upon England’s mountains green’, walking from one place to another across Britain’s beautiful green unspoilt countryside and inspiring scenery

Discover Britain’s ancient trackways, old drover’s routes and pilgrim trails that stretch for thousands of miles over the finest natural landscapes the UK has to offer.

With the increased popularity of independent walking holidays UK in the late 1940’s, these intricate networks  of ancient paths were made into designated National Trails and Long Distance Paths. They were created to allow access across some of the least populated and most spectacular landscapes of England, Scotland, Wales and Ireland.

Hadrian’s Wall, stretching coast-to-coast almost across England’s narrowest point where the Romans tried to hold back the Picts. The ramparts of  Saxon Offa’s Dyke built in the 9C to discourage Wales’ marauding Celtic tribe’s shopping trips into England.  Pembrokeshire’s Coast Path listed as one of the world’s most beautiful  coastlines, where St Patrick  lived together with St David, Wales’s patron saint,eventually sailing to Ireland. The hauntingly empty and beautiful Northumberland Coast Path with it’s iconic Abbey at Lindisfarne  high on Holy Island,  home of the Lindisfarne Gospels, and the paradoxical line of 12th and 13thC  castles along its wonderful ,empty coastline

From Scotland’s ruggedly  beautiful West Highland Way, where the author was conceived  before it was founded, on the banks of Loch Lomond , to the oldest trail in Britain-in use for more than 5000 years, these and a host of other routes make up one of the richest and most fulfilling networks of long distance walking routes anywhere in the world.

Offa’s Dyke Path is listed by Lonely Planet in the top 10 great walks in the world. The Pembrokeshire Coast was voted as the world’s best coastal region by National Geographic in 2012. Hadrian’s Wall is one of several World Heritage sites in Britain

By far the best way to appreciate the sheer scale of Offa’s Dyke , the stunning coastal beauty of the Pembrokeshire Coast,  or the incredible achievement of Hadrian’s Wall Path,  is b 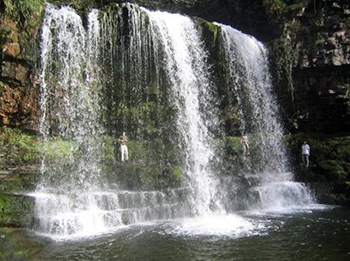 y walking the National Trails named after them.

From South Coast of England to the Highlands of Scotland. From the Wales Coast Path in the west , chosen among the world’s greatest walks in Lonely Planet’s 2012 guide, to the sandy sea level Norfolk Coastal Path, each is distinctive, culturally and scenically different, and unique.

Walking holidays in the UK inevitably offer a challenge but they also provide the freedom to ramble , walk or sprint along  at your own pace.  A long distance walking holiday, with a partner of friend, sharing thoughts or walking in solitude is a terrifically satisfying holiday.

Walking holidays in the UK with luggage transfer, means you can travel unencumbered, at a speed to notice those things that can make a hiking trip truly memorable.  Experiencing countryside not normally seen by any other means.  Meeting people on the way. Seeing different ways of life. The peacefulness, beneficial exercise.  The satisfaction of walking into your next village or night’s lodging under your own steam, looking forward to a hot bath and dinner. Discovering that old pub, real ale, and experiencing the friendly personal welcome of a B&B.