It’s a great time for a week’s walking holiday on the coast and 2015 is the National Trust’s Year of the Coast, so we’ve compiled a list of our Best British Walks for September. We think that these are perfect for enjoying unhurried walking, fresh air, gentle exercise and the company of your friends or partner.

September is the perfect window for enjoying some coastal walking before the onset of Autumn’s seasonal changes. The crowds have left, beaches have emptied of holiday-makers, the temperatures are mild and the winds light.

The Pembrokeshire Coast path takes in stunning scenery with beaches along the way that regularly win a place in lists of Britain’s best beaches. Our favourite beach is the gorgeous Barafundle Bay near Stackpole Quay which you can only reach on foot. Lonely Planet has called this one of the best long distance trails in the world and since 2012 it’s been part of the Wales Coast Path, the world’s first uninterrupted route along a national coast. It also takes in the unspoilt north Pembrokeshire coast with Britain’s smallest city of St. David’s. 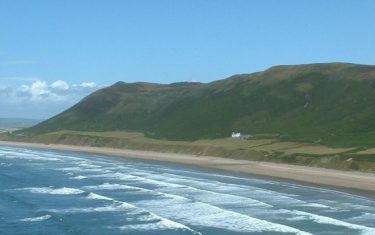 Gower coast peninsula remains an unspoilt and spectacular area for walking in. The Gower coast path is famed for its incredible views over the Bristol Channel from the upland section of the walk near Port Talbot, and from Rhossili Bay you have a stunning view of the iconic Worm’s Head, which looks like a resting dragon. From Worm’s Head itself, the walk even includes a view that has been rated one of the top ten sunsets in the world.

A week’s walk along the Jurassic coast, part of the Southwest coast path is also up there as one of our enduring favourites. Famous for its fossils and unusual eroded rock formations, this national trail is a world heritage site that spans 185 million years of geological history.

The area this path traverses is well known for its remote location and rugged beauty. The majority of the path runs through the Norfolk Coast Area of Outstanding Natural Beauty and an area known as ‘The Brecks’. This is a unique area of forest, heath and low river valleys that was home to the legendary Queen of the Iceni, Boadicea. Part of the path also follows an ancient Roman road that was built shortly after AD61 so you are walking in the footsteps of first century Roman soldiers as you progress along this route from which you can also spot traditional windmills and beautiful churches and abbeys.

The Northumberland coast path stretches around an Area of 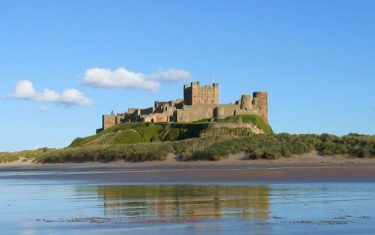 Outstanding Natural beauty and includes dramatic castles perched on clifftops, unspoilt coastal villages and friendly locals. From one point you can visit the holy island of Lindisfarne by walking across the causeway at low tide just as the ancient monks did. Visit the Priory there (http://www.english-heritage.org.uk/visit/places/lindisfarne-priory/ ) to see the home of the world renowned illustrated medieval manuscript ‘The Lindisfarne Gospels’. The area is also well known for it wildlife and includes a seabird sanctuary and several Sites of Special Scientific Interest.

This was not an easy list to compile, and we argued quite a bit about the coastal walks we decided to leave out! Telegraph’s travel writer Tim Jepson recently chose the South West Coast Path as his overall favourite. Which one is yours?